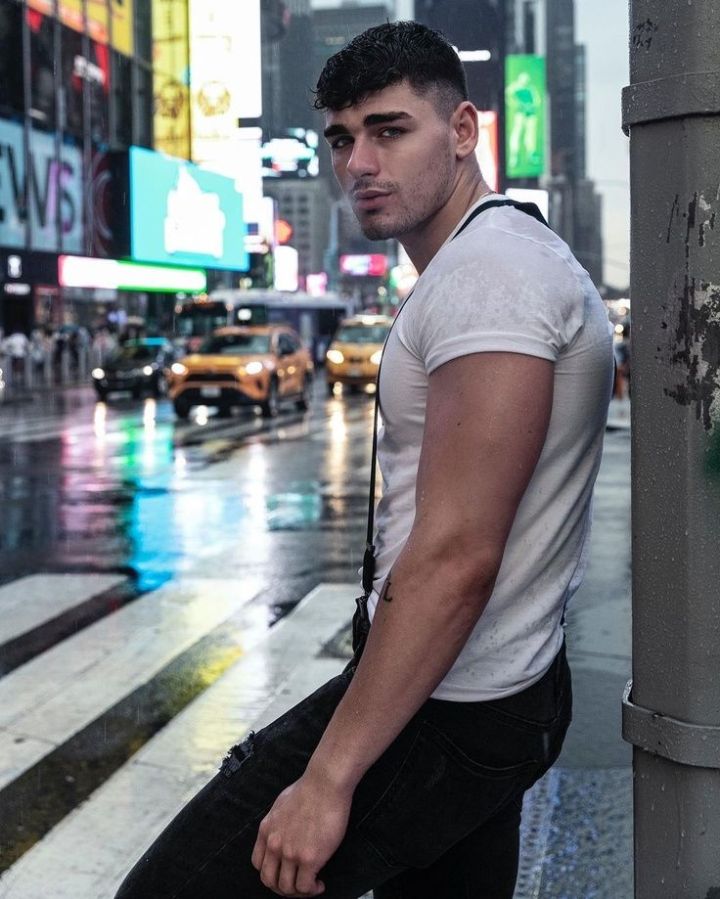 Kyle Ehrensberger is a male model and aspiring actor in New York City. Kyle is 6 feet tall (1.83 meters) and has an athletic background in U.S. football. He is also a college graduate, with a major in corporate security.

The blog has a post on New York City Photographer Eduardo Fermin. Kyle had a photo shoot session with Eduardo in New York City and in a studio environment.

Kyle traveled to Miami Beach, Florida, to have a photo session with Photographer Michael A. Downs.

Gustavo Mirabile is a photographer based in New York City.

Based on the number of photo shoots Kyle has had, he is finding his way in modeling. I wish him well.

Is there a photograph that is your favorite? Tell me which one in the comments. 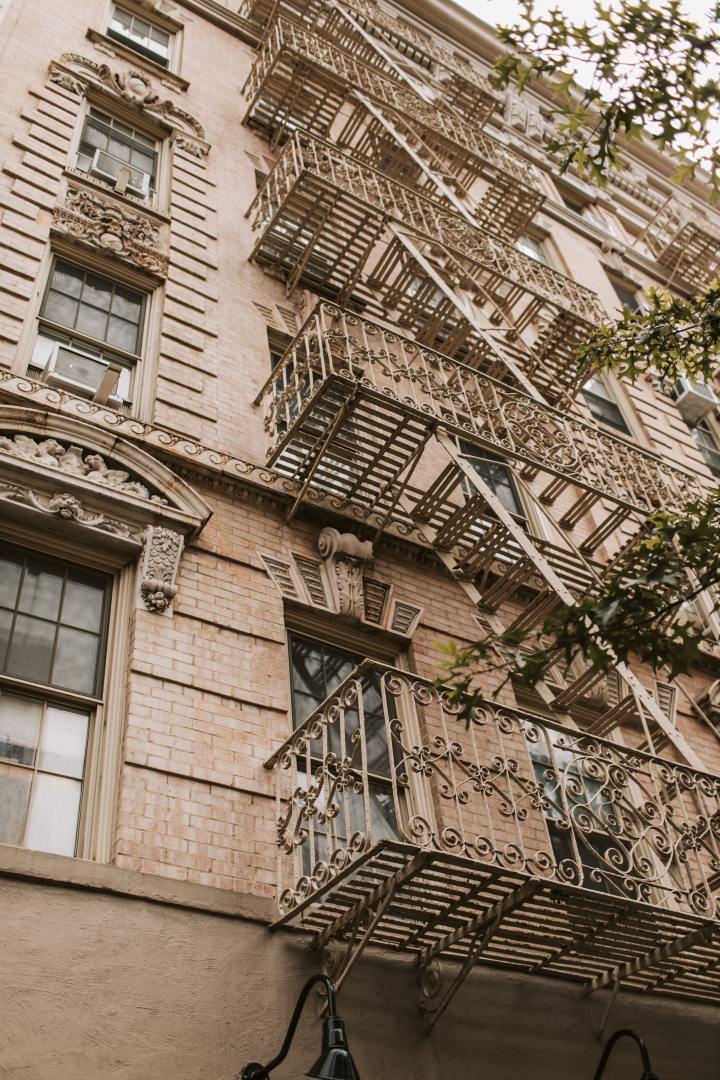 I found out that a model that I included in a previous post, Christian Rodriguez, fell five stories (16.5 meters) from a Manhattan, New York, fire escape and survived.

I was stunned by the story and decided to look up more information about the fire escapes in New York City.

In New York City, some older apartment buildings have fire escapes, a metal structure attached to the building to allow occupants (a second route) to leave their apartments in case of an emergency. New York City has a regulation for fire escapes.

Fortunately, residents of these buildings can use internal stairways to get out of their buildings. Fire escapes in New York City have a nostalgic feel to those who live there. However, the fire escapes are not needed today and have contributed to several deaths from falls.

The fire escapes are made of metal, which is exposed to water and the sun (which weakens the structure over time). [There was a 2018 TV news report on fire escapes with corrosion.] The fire escape, therefore, provides a false sense of safety.

One story I found explained that as a private engineer was inspecting a fire escape, a 150-pound (68 kilogram) stair tread fell away when she stepped on it. It struck Mr. Richard March-Hart (a pedestrian) in the head, ultimately causing fatal injuries. Another pedestrian, Ms. Nathalia Medllin, also was struck and injured by the stair tread. Ms. Medllin survived. The engineer was able to hold on to the handrail to stabilize herself.

There is another painful fire-escape-related story from Massachusetts in 1975. A photographer for the Boston Herald, Stanley J. Forman, caught an image of Ms. Diana Bryant and two-year-old Tiare Jones while falling from a fire escape that broke away from the building. Ms. Bryant fell onto the pavement and passed away. Tiare Jones survived due to falling on Ms. Bryant.

Christian Rodriguez is a stage manager in New York City. He had done a photo shoot with a local photographer, Eduardo Fermin.

After I published the post about Eduardo, I found out that Christian had fallen from a fire escape on September 11, 2021, from a Twitter post. The GoFundMe page for Christian provides details about what happened. Christian fell from the fifth or sixth floor. Fortunately, Christian fell first on some shrubs before reaching the ground. While he sustained some serious injuries, with time and therapy he will be able to return to his usual routine.

I read the comments on Christian’s GoFundMe page. (The comment from his grandmother caught my attention.)

After all this, Christian is not paralyzed, will be able to walk (after his leg fractures heal), and is in possession of all his faculties. This is a miraculous result given what happened to others who also fell five stories.

I wish Christian (and his family and friends) the very best as he continues on his recovery journey.

[Author’s note: I experienced with a much less severe ankle fracture (non-displaced fracture of the lateral malleolus, no surgery needed). I tripped and fell on some stairs at home on the day after Christmas 2020. After being treated at urgent care, there were numerous follow-up appointments (over about five months, with the orthopedic doctor, x-rays, and physical therapy), learning how to get around using crutches, dealing with the soft cast/boot, and the swelling.

Christian probably experienced compound fractures, as he had surgery for his ankle fractures. He will have to be off his feet for a period before getting to crutches. He will have many follow-up medical appointments, too.]

Another Survivor in Brooklyn

I found a 2016 news article about a man falling from a fire escape in Brooklyn. The man was leaning on a railing when it broke loose from the fire escape. The man fell four stories to the ground. He survived but was seriously injured.

Surviving a Five-Story Fall from a Manhattan Apartment’s Roof

While this post focuses on falls from the fire escape, I found an article about a five-story fall from a Manhattan roof. The author, Matthew Knott, is a journalist with The Sydney Morning Herald. Matthew interviewed a researcher, Michael Smith, who co-wrote a journal article about injuries from multi-story falls.

Fatal Falls from the Fire Escape

In reviewing the stories related to multi-story falls from fire escapes, I found some heart-breaking stories. The people involved fell onto the pavement. I extend my prayers to those who fell and their surviving families.